Is Digital or Traditional Marketing Better for Your Business?

These are a few statements that businesses in today’s world may hear regularly. Companies are building and shifting marketing budgets in favor of developing digital marketing campaigns. Frankly, they should be; however, these companies should not abandon traditional marketing. Let’s talk about Amazon.

Whether you’re in the retail business or not, you have more than likely shopped on Amazon.com before or have, at the very least, seen google search ads from the tech and ecommerce giant. Amazon is a company that has changed the way that consumers shop and has turned the retail landscape on its head—especially brick and mortar businesses. It is a company that uses near-infinite shopping and purchase behavior data to understand its users and customers. And yet… even with all of their data and digital hyper-targeting resources, the company has chosen some very traditional marketing vehicles in the past year.

If you happen to be a Patriots or Eagles fan, you definitely didn’t miss the Eagles upsetting the Patriots during Super Bowl LII. Even if you don’t follow football or either of those teams, you may have been one of 46 million YouTube viewers of Amazon’s TV commercial. The commercial features Amazon’s Alexa, a voice search device designed for consumer’s homes to aid in information search, shopping, media play, and everything else in between. Like most TV commercials during the Super Bowl, it’s funny and clever, but, like the best Super Bowl ads, it’s also designed to be memorable. When one considers the Super Bowl’s average viewership of 103 million people, it’s easy to understand why television still remains a useful tool in building awareness.

You may be thinking to yourself, “thanks for bringing up that one obvious example,” but Amazon has been using television commercials during the holidays for years as well. Their latest commercial in 2017 featured the song “Give a Little Bit” and a chorus of singing Amazon boxes as they’re delivered to their lucky recipients.

Amazon also used static billboards in high-profile areas like Times Square to promote Amazon Prime subscriptions, or, in this case, to showcase a 70-foot tall Amazon Echo. With this traditional marketing strategy, even Amazon has thought outside the digital box to promote an almost totally digital product.

So why would Amazon, a pioneer in the digital shopping world with infinite means of hyper-targeting their audience, choose traditional marketing channels for such important campaigns?

To put it simply, Amazon knows their audience. This company realizes that despite their reputation as an online-only retailer, their audience is still reachable through (and engaged with) traditional marketing methods.

Every medium has its benefits and drawbacks, and the world of media consumption is becoming more and more fragmented every day. That’s why it’s important to understand that both traditional and digital marketing methods have a place in your campaigns.

Determining how to use both traditional and digital campaigns most effectively, however, depends largely on your business objectives, KPIs and the audience you’re trying to reach. If that sounds confusing, check out the infographic below to determine which mix is right for you.

Once you understand how your audience consumes media and content, developing a messaging strategy that speaks to them specifically will make your next campaign a sure win.

Have questions about determining the best way to reach your audience and how they consume media? Well, good! Just get in touch with us and we’ll help you get started.

Client was losing more customers than attracting new customers. Sales by loyalty customers was at 24% and declining as a percent of sales.

Client was spending half of the marketing budget on promotional direct mail print. The client used our expertise in marketing workflows and marketing analytics to review

Problem: Stores were underachieving due to lack of new customers as retention of 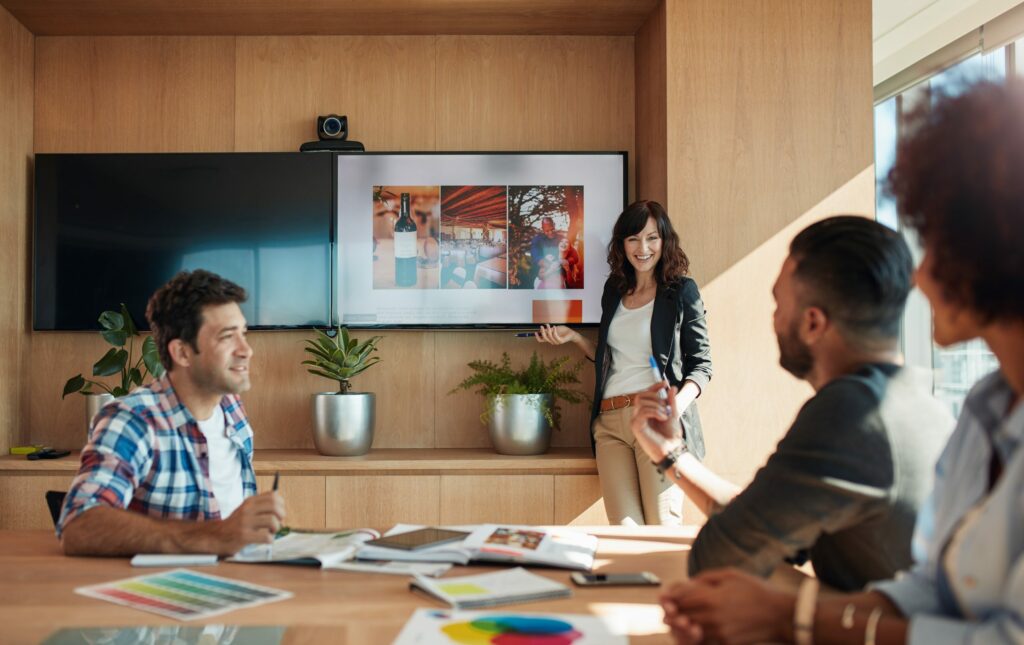 We provide solutions for global brands and retailers that differentiate, build equity and deliver outstanding performance.

We provide solutions for global brands and retailers that differentiate, build equity and deliver outstanding performance.

Subscribe to our newsletter and get our latest updates

We use cookies to ensure that we give you the best experience on our website. If you continue to use this site we will assume that you are happy with it.I agree